I studied Japanese mythology and how it has influenced modern day traditions and culture in the country. I have become very interested in this because I love Greek mythology and have recently become more intrigued by Japanese culture and the language. Because of this, I thought it would be a great idea and a very entertaining project to combine the two and do a capstone on how those two topics intersect in the modern day society of Japan. It became a very eye opening project for me, because I learned more about a different country, rather than the one I live in right now. I believe that it will also be knowledgeable for others, and maybe broaden their horizons on the culture of others just like me. The first product I completed is a research paper detailing my overall topic, and for my second product I did a photo essay discussing how Japanese culture and mythology are connected to nature within Japan. My third and final product is a video on anime and how it is extremely important in both Japanese culture and mythology, while exploring the variety of ways that they intersect.

Since I am doing my project on Japanese mythology, my thesis reflects that, and emphasizes what I will be discussing during my paper.

Thesis:
Japanese mythology is a crucial factor in understanding the modern culture and society of Japan because it allows one to view how culture reflects most aspects of myths, and the historical pasts of those that live with them.
Paper:

Download File
One of the major parts of my paper was when I talked about nature and its importance it Japanese folklore and Japan, where I detailed information such as how a substantial number of Japanese gods (kami) were created from objects of nature. This is important because

"In Japanese myths, it is said that nature descended from the gods, which is evident in the creation myth. These connections cause Japanese people to regard nature highly and treat it with harmony, as they also feel a spiritual connection with it."

Since nature is such a large part of Japanese culture, proof of the benefits of harmonizing with it are quite prevalent within Japan, such as how

"Some trees, such as pine trees, can even be a ward against evil spirits and bad luck, and are largely seen near Shinto shrines, negating the possible effects of bad fortune. In Shinto, which is Japan's original religion, they regarded trees as divine and revered them, as a means by which the gods descended to earth."

During the research portion of my project, I came across many sources that helped me to further my knowledge about this topic, and some of the ones that I found helpful are linked below.
Everything You Need to Know about Japanese Mythology
Traditional Culture of Japan
Why is Japanese Mythology Important? 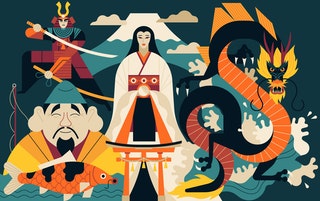 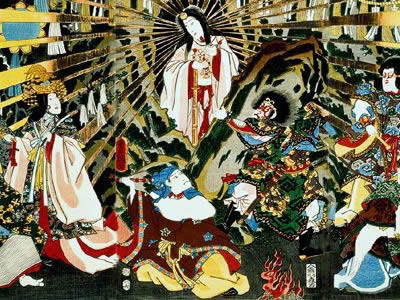 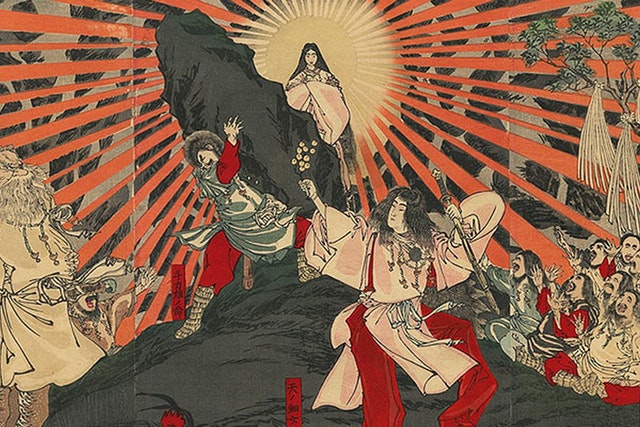 For my second project during the course of my senior capstone, I decided to make a photo essay documenting how Japanese culture and mythology are connected to nature within Japan. It goes deeper into one of the topics that I briefly discussed in my paper, and still relates to my overall topic of mythology and modern culture and traditions in the country. I discuss objects of nature like cherry blossoms, as well as shrines and how their connection to mythology is influenced by nature. This photo essay vividly showcases what I learned during some of my research, and allows for a deeper understanding to the more intricate connections that go on spiritually in the beautiful country of Japan, leading far back in time, yet always staying constant through the connection that is nature.

*Also, I have a works cited page at the end of my photo essay, listing some extremely helpful sources for me during my research, so if you want to check out some more on the topics I list in the photo essay be sure to check those sources out!*

The way that I decided to complete my third product was through a video, going into a topic that I did not discuss in my paper, being the impact that anime has on Japanese culture, and how it is quite intertwined with Japanese mythology as well. I discuss topics such as the variety of different ways anime is shown throughout Japan in regards to culture, and the different ways that anime creators integrate older folklore and mythology in their shows, though in a sometimes subtle way as it does go unnoticed by the larger audience in various instances. This video accurately shows my research and what I learned during the time I spent creating it, as well as the different elements of the topic I learned about, while also allowing me to show some of what I mean through clips of different anime that I had included in the product.